We’re finally here!! After an uneventful plane ride of pasta, 2 movies, and a super salty breakfast sandwich that wasn’t worth the calories, we arrived in Stockholm. It’s unlike any city I’ve ever been to and the first 36 hours have been great.
Street numbers follow no logical chronology so finding our AirBnB was half skill/half luck but it’s quaint and efficient with space which I can appreciate (our bathroom is one small square with a toilet, sink, and washing machine in the shower space!).

Within 2 hours of deplaning we were out and about and found a secret garden overlooking the city to enjoy fika, the Swedish custom of coffee, a sweet pastry, and conversation. I’m picking up what you’re putting down, Sweden.

From there, we just walked with no real agenda and ended up in some cute areas. Ted found a shop called “Grandpa” that he really liked (shocker….) and we had a colorful meal at “Chutney” in Söder. Highly recommended for a good, healthy meal without breaking the bank. Also, less than 24hrs away from California and I ate a proper avocado…score!

And there was a cute, snuggly dog.

Not gunna lie– I’m pleased to be rapidly climbing my Fitbit leaderboard and today’s 11.5 miles really helped. We checked out the Vasa Museum which is a salvaged and restored Viking ship that was shipwrecked for 333 years before its liberation. It was SO freaking cool. The photos simply don’t do it justice given the size and wood detail, but here’s a photo. It sank just 20 minutes after first leaving harbor and due to the low salt content in the water plus mud, it was naturally preserved so that 98% of what’s displayed today is original!

From there, we checked out the open air museum, Skansen, a traditional Swedish village showing how they [Dan Myggen’s people] lived hundreds of years ago. We saw some really old stuff like this wooden storehouse from 1410. 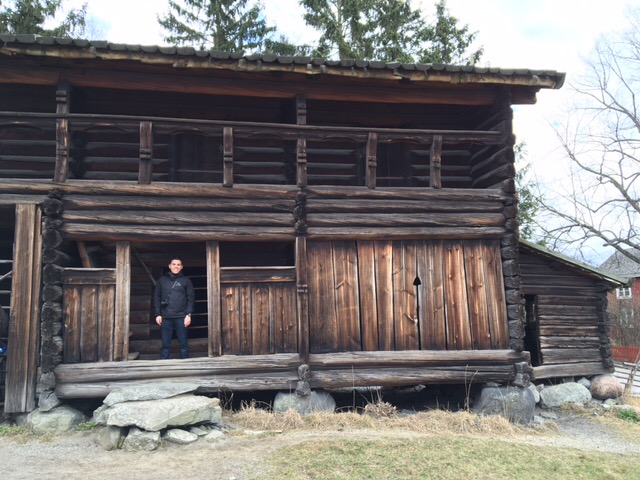 And these Scandinavian cows. Not from 1410, but still cool.

The rest of the week promises more fun, some snow (!), and if we don’t squeeze a trip to the real capital of Sweden, IKEA, there will be tears.